Programming Languages are a set of rules that aid in transforming a concept into a digital platform. It uses computer programming methods to analyze data to provide a useful output.

When it comes to hybrid and cross-platform projects, perhaps React-Native and Dart are excellent choices.

Choosing the trending programming language for mobile apps might be challenging among the many options available. As a result, we have compiled a list of the greatest and most effective ones which will undoubtedly assist you in developing your virtual platform.

We’ve done extensive research and compiled a selection of the most used programming languages for mobile apps for you to select from in 2022. So let us take you on a tour of them. 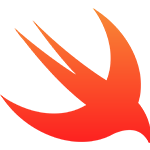 Furthermore, Swift-based software is extremely quick. Furthermore, Swift-written code is secure. However, Swift remains, in general, the most difficult and efficient coding language for converting your concept.

Let’s take a closer look at some of Swift’s great features: 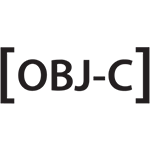 Apple iOS smartphone applications are written in Objective C, a sophisticated programming language. These features are object-oriented and may be used for a variety of programming tasks. Furthermore, we may consider Objective C a specialized version of the coding language C.It also gets the syntax, flowing control statements, and early beginnings of coding language C. The primary purpose of Objective C should be to provide object-oriented functionality and an effective runtime environment. It also possesses language-level assistance.

The following are some of the aspects of this Objective C that might aid in the creation of very intuitive iOS apps:

The following are a few of Java’s most fascinating features;

Kotlin is a cross-platform coding language that may be used to construct apps instead of Java. It also includes a feature that allows it to work alongside Java. As a result, Kotlin remains another of the most user-friendly languages for creating Android apps. Moreover, Kotlin allows even children to participate in application development. It also supports the Java Virtual Processor and is ready to work with JavaScript core code.

Kotlin Has Some Incredible Features;

Python is an extremely powerful programming language that can be used to create apps and support cognitive technologies.

In addition, when it comes to applications, this creates mobile, desktop, plus online apps. It also analyses and evaluates scientific and quantitative data, as well as develops desktop GUIs as well as applications.

A budget is essential for app creation, and you must always know how much it will cost to construct an app.

The following are some of Python’s most appealing features;

Ruby is indeed a multi-paradigm premium-level coding language. Ruby is second only to Java in terms of virtual platform implementation. Ruby, just like Python, contributes to cognitive technology.

Perl is a high-level coding language that includes Perl five and Perl six. It borrows features from various programming languages, including C, sed, AWK, and others. This also operates and evolves in tandem.

Perl may be used to create applications in areas including automation, bioinformatics, online, app, and game development.

Let’s have a look at some of Perl’s unique features;

Javascript is indeed a multi-paradigm, high-level coding language. It promotes the development of cognitive technology apps and object-oriented or even reactive programming. However, Javascript is largely used to run a search engine to create and manage websites.

PhoneGap, jQuery Mobile, plus Ionic are all frameworks that employ JS to produce professional-looking apps. The most significant advantage of developing an application with JS would be that it only takes a single line of code that can be used across platforms like iOS, Android, and even Windows.

The following are a few of Javascript’s most compelling features;

HTML5 is indeed the HTML family’s fifth edition. It’s a tool for displaying stuff on the web. To construct a program, HTML5 plus Javascript work together. Only HTML5 may be used to construct apps. HTML5 is supported by PhoneGap for creating Android and iOS apps. You may also utilize the code on several devices.

HTML5 has a few important features;

PHP is indeed a popular programming language for creating websites. However, it is employed in the construction of general-purpose developments. It may also be utilized for scripting and coding from the command line.

PHP has the following features;

The trending programming language for mobile app development listed above is currently controlling the industry, and those are the finest alternatives for developing mobile apps. Furthermore, because apps are small and simple to utilize, they are quickly accepted worldwide.

Suggested articles for you:

Did it help? Would you like to express? Cancel reply

Similar posts handpicked for you!

What is Cloud Computing? Architecture | Services